Many theories exist about the possibility of multiple universes co-existing parallel to one another. They reveal how these universes may be similar to our own but could be encountering a non-identical situation or end-result, inconsistent to what we are experiencing. Let’s say, during the 19th century in the other “universes”, they might have prevented World War I and II because of how different their leaders and people think compared to ours, or take for example the story of Alice in Wonderland, where everything is opposite to what exists in her real world.

The idea of the existence of another dimension is common in subjects involving fantasy and science fiction, both who talk about the probable magical realms or other planes.

The recent sightings of a floating city above China have resulted in contrasting opinions between weather experts and conspiracy theorists.

The same phenomenon was also reported in Africa last May 2015. 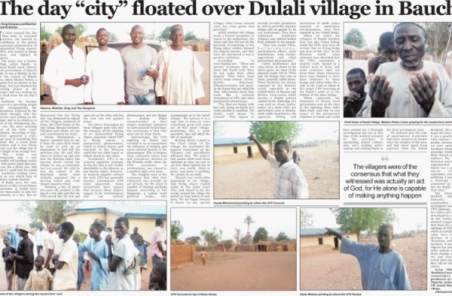 Whether it is a Fata Morgana, or an act of God, or an alien city, many people are left wondering about such occurrences.

Could it be that Atlantis was never swallowed by the sea, but instead, exists on a different dimension just above the clouds?

Here is a video that shows the appearance of a huge city floating on the clouds in China for a few minutes.

8 thoughts on “The Existence of A Parallel Universe”